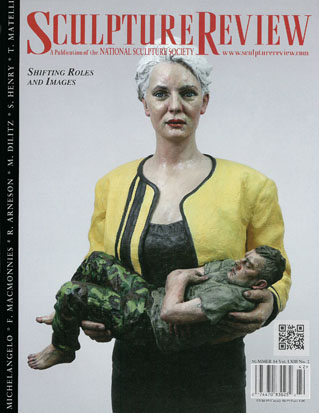 Buy Now Get Your Subscription
◀ Previous Issue Next Issue ▶ 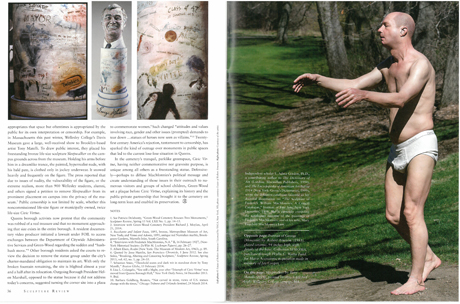 Sometimes, demands for restoration of a municipal public monument or pressure to remove it have unintended consequences. 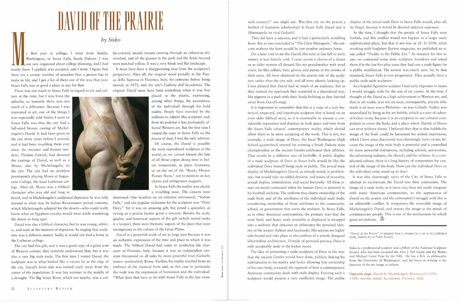 Sisko
David Of The Prairie

Because I was interested in art, one of the things I was repeatedly told before I went to Sioux Falls was that the city had a full-sized bronze casting of Michelangelo’s David.  It had been given to the city three years before I arrived, and it had been troubling them ever since. 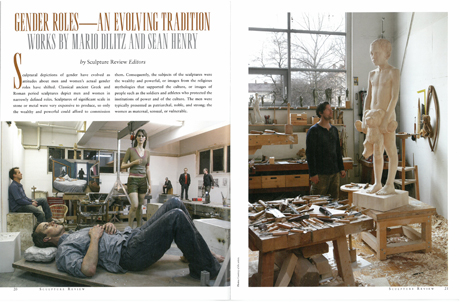 Sculptural depictions of gender have evolved as attitudes about men and women’s actual gender roles have shifted.  Explores work by Mario Dilitz and Sean Henry 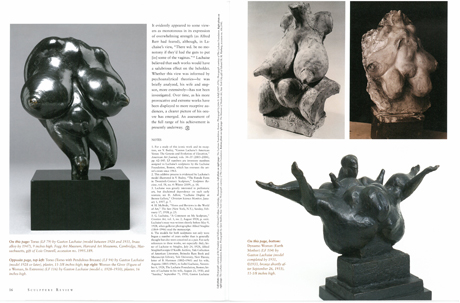 When the plaster model of Woman (Elevation) (LF 55) was featured in Gaston Lachaise’s first solo exhibition in the Stephan Bourgeois Galleries in New York City in early 1918, this representation of a larger-than-life standing nude stunned an unprepared public.